Equate at a glance 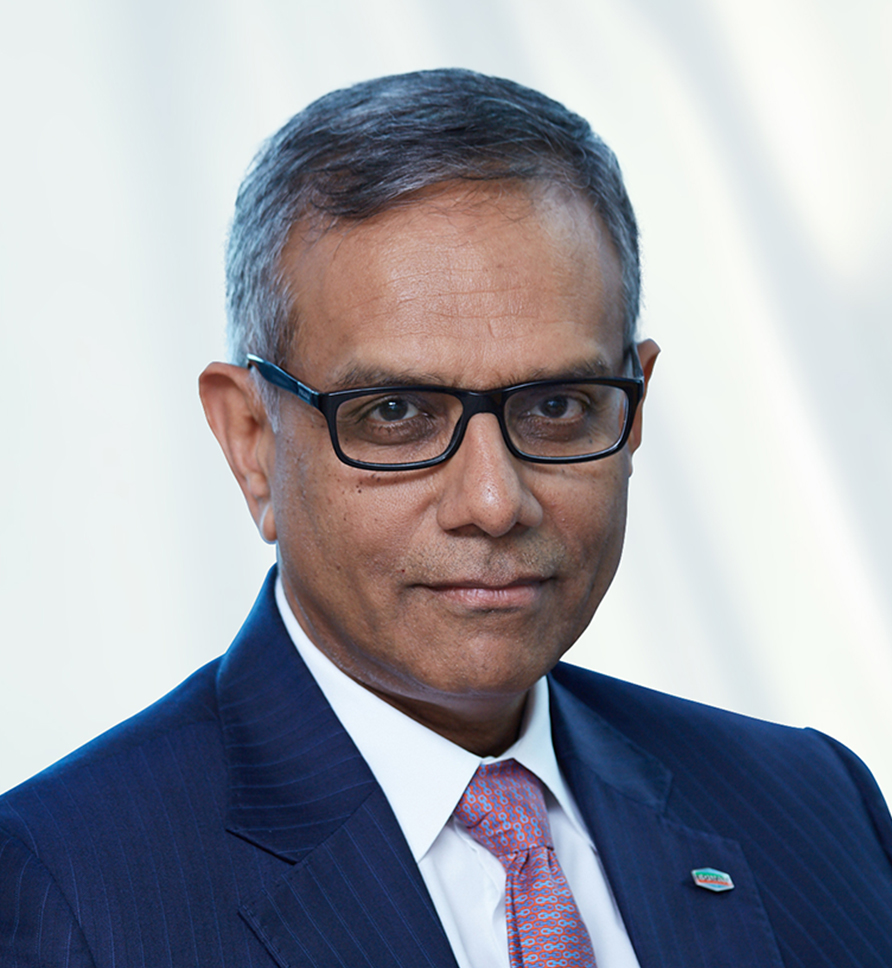 MESSAGE FROM THE CEO

EQUATE is not only a petrochemical producer, it is an international Joint Venture using best practices in all relevant sectors.

EQUATE is a firm believer that overall sustainability requires being “Partners in Success” with all stakeholders. Our stakeholders include our employees, their families, communities, shareholders, government bodies, private organizations, customers, civic bodies and many others who share our Mission, Vision and Values.

Throughout this website, you will have an opportunity to familiarize yourselves with this Kuwait-based international success story called EQUATE. 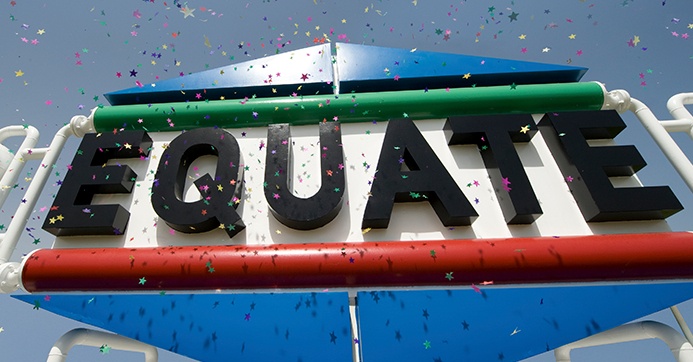 EQUATE is a global producer of petrochemicals and the second largest producer of Ethylene Glycol in the world, providing reliable products and solutions that serve as the basis to everyday consumable products and participate in sustaining a better world. The Company prides itself as the partner of choice to global customers and is an active member of the community in which it supports stakeholders to attain their objectives.

Leading by example in best business practices, EQUATE’s investments in operational excellence and sustainable development have earned it internationally recognized achievements. The Company has adopted its Sustainability Strategy focusing on 16 strategic initiatives that it aims to achieve by the year 2025. These initiatives are divided into building a sustainable work and operational environment, innovating for a renewable and sustainable energy industry, and positively impacting the environment and local communities.

The Company owns and operates world-class petrochemical complexes in Kuwait, North America and Europe through its subsidiary MEGlobal and the Greater EQUATE joint venture which holds under one fully-integrated operational umbrella each of EQUATE, The Kuwait Styrene Company (TKSC), Kuwait Paraxylene Production Company (KPPC) and The Kuwait Olefins Company (TKOC).

Having acquired MEGlobal in 2015, EQUATE became the second largest producer of Ethylene Glycol in the world and immediately benefited from significant economies of scale with a larger and more diversified distribution platform through Kuwait, Germany, Canada and the United States. The acquisition also contributed in optimizing the Company’s cost structure and improving its operational efficiency thanks to multiple points of access to feedstock from sources in North America and the Middle East.

In 2019, EQUATE started up a new ethylene glycol production facility in Oyster Creek, Texas. The new facility will increase EQUATE’s ethylene glycol (EG) capacity by 940,000 metric tons annually (MTA) and enhances EQUATE’s global presence to meet customer needs. EQUATE is the first Kuwaiti petrochemical company to establish an industrial complex in the USA and the first in the Middle East to benefit from USA-based shale gas.

In 2016, EQUATE became the first Kuwaiti company to issue 144A transaction bonds that are tradable in the USA at a value of $2.25 billion. The bond issuance is considered the largest ever in Kuwait’s history and it is the Arabian Gulf’s largest bond issuance since 2014. This is following EQUATE’s securing ‎investment grade ratings by S&P (BBB+) and Moody’s (Baa2), two of the largest independent rating agencies.

Investing in our Human Capital

EQUATE’s solid international expertise and exceptional performance in production, marketing, logistics, customer service and other fields are the direct result of over 1,200 employees representing over 25 nationalities from around the world, with a Kuwaitization ratio exceeding 50%. In addition, EQUATE is one of the first Kuwaiti corporations to establish Innovation Centers to encourage development.

As the first Kuwaiti organization to adopt Six Sigma methodology and Highly Reliable Organization (HRO) principles, EQUATE’s human capital have proven their innovative capabilities, admirable dedication and global achievements. In addition, EQUATE is one of the first Kuwaiti corporations to establish Innovation Centers to encourage original thinking. Six Sigma methodology is a set of techniques and tools for process improvement to deliver the best possible results while minimizing cost, time and effort. HRO is about overcoming all risks and challenges through the integrated reliability of the human capital, equipment and process to ensure overall success.

By providing exceptional customer service, EQUATE is renowned for its long-standing relations, innovative solutions and high-quality products for its clients around the world.

EQUATE produces a wide range of PE from linear low-density (LLDPE) to high molecular weight high-density (HDPE), which are marketed by EQUATE Marketing Company (EMC), a partnership between PIC and Dow. In addition, EMC handles the sales of SM from greater EQUATE facilities.

Furthermore, EQUATE is the single operator of facilities producing PP, HA and PX which are marketed by PIC, while BZ is used in manufacturing SM.

Safety and environment are top priorities for EQUATE, which resulted in it becoming the first accredited and certified Responsible Care (RC) organization in Kuwait.

In accordance with the requirements of Responsible Care, as well as ISO 9001 and ISO 14001, EQUATE upholds the highest standards of environmental, health and safety practices in its operations. Safety of employees, suppliers, customers and the community always comes first.

As a leading industrial organization, EQUATE dedicates its utmost commitment and care to overall sustainability wherever it operates. In cooperation with public and private bodies, including employees, the society and customers, EQUATE continues launching initiatives in all relevant fields. These domains include human development, environment, education, health, as well as public awareness. Such a focus on sustainability has made EQUATE an inspiring role model within and outside Kuwait.

EQUATE is also making a significant economic contribution to the Kuwaiti economy and the global petrochemical industry. Ethylene-based products from EQUATE now account for over 60% of Kuwait’s export value from non-oil sources. By spending over $2 billion annually in several fields, EQUATE also plays a positive role in local and global business sectors. Since commencing its operations in 1997, EQUATE has contributed significantly to the growth of the Kuwaiti plastics industry by over 400%.

A Culture of Innovation

Success alone has never been EQUATE’s only objective; partnership and teamwork are main pillars of our corporate culture. The overall sustainability of our workforce, shareholders, customers, suppliers and surrounding communities are the main element of EQUATE’s success. EQUATE will continue its growth through being “Partners in Success” with all stakeholders.