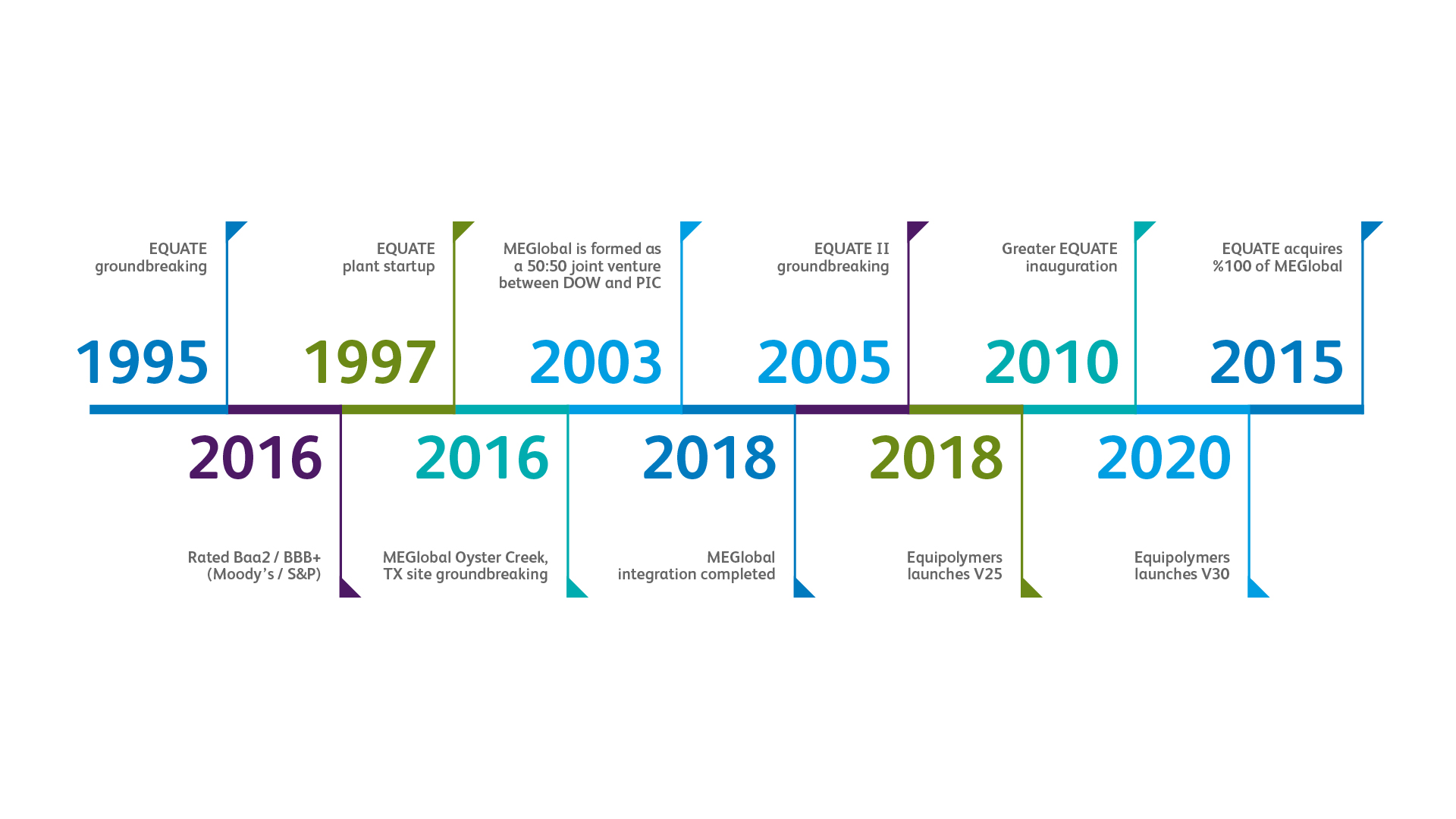 The first Kuwait-based petrochemical corporation to establish an industrial investment in the USA through constructing an EG plant on the US Gulf Coast in Freeport, Texas.

In 2016, the Group became the first Kuwait-based organization to issue 144A bonds tradable in international stock exchanges.

Founding member of the Gulf Petrochemicals and Chemicals Association (GPCA)